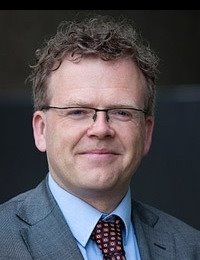 Michael is co-founder and member of the steering committee of the European Expert Network on Terrorism Issues (EENeT) and chairman of the Netherlands Intelligence Studies Association (NISA). Michael holds a M.A. in Peace Studies of the University of Notre Dame, Indiana, USA, a M.A. in Political Science of the University of Amsterdam and a B.A. in Political Science, Social Science and History of the University of Bremen, Germany. Michael is certified as facilitator in Socratic Dialogues and as facilitator of Moral Case Deliberations, a central tool in his application of ethics in the field of counterterrorism.

His research builds on Contraterrorisme en ethiek (Kowalski & Meeder 2011, Dutch) and Handling ethical problems in counterterrorism (RAND, 2014). Later in 2016 he will publish the reflections of researchers, practitioners and ethicists in The Ethics of counterterrorism (Boom, 2016).