“Prevention and Freedom. On the Necessity of an Ethical Discourse”
View our webinar-series
Watch the Recording of CCI's Final Conference
Home - English - Past Congresses - 23. GCOCP - Venue

Travel: Information on how to get there can be found on the ICD website. 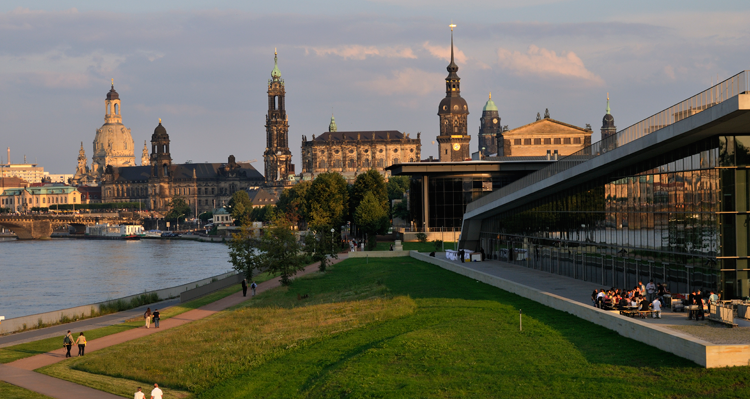 Dresden - the state capital of Saxony - covers an area of ​​about 328 square meters and counts about 541,000 inhabitants. In terms of geographical size, Dresden is Germany’s fourth-largest city after Berlin, Hamburg and Cologne. The Elbe River snakes its way through the city with a length of 30 kilometers. With 62 percent of its area covered by forest and green space, Dresden is one of the greenest cities in Europe. No less impressive are the key figures of the business and scientific city Dresden: With around 48,000 people in 1,500 companies, the city is the largest location for microelectronics in Europe. The Dresden University of Technology is one of the German universities of excellence since 2012. Ten institutions of the Fraunhofer-Gesellschaft make Dresden the German "Fraunhofer capital".

The name "Dresden" has a good sound in the world. For centuries, the image of the residential city and state capital alongside the river Elbe has contributed to what is regarded as beautiful and representative in Europe.

DPT-News
Memorandum 2021
today:
More crime in cities?
Crime rates per capita are used virtually everywhere to rank and compare cities. However, their usage relies on a strong linear assumption that crime increases at the same pace as the number of peo more ...
yesterday:
Winners of the Stockholm Prize in Criminology 2021 and 2022
Three US researchers have been awarded the Stockholm Prize in Criminology 2021 and 2022. Elijah Anderson is awarded the 2021 prize for his research into violence in segregated areas, whilst Francis more ...
two days ago:
Older adult opioid overdose death rates on the rise
A common stereotype for an “older adult” might include early-bird specials, dentures and tickets to the matinee show. A new Northwestern Medicine study that ana more ...
Sitemap
DPT-Dokumentation
Deutscher Präventionstag
27. DPT
Folge uns auf